CLUES TO BREAK INTO DAVID'S BRAIN​
THE STORY'S MAIN CHARACTER IS JORUM​
Jorum was a wizard, according to the Oppalan Frontier's description. Archbishop Dilla speaks of "a powerful war priest, a wild sorcerer, and a gentle cleric which acted as a healer." I always assumed she spoke of Arbenos, Nivaria and Thelume, and that the main character, Jorum, was Tol. Arbenos is clearly the war priest, but I was wrong about the others.

Nivaria is the only female, yet Dilla speaks of a priest and a sorcerer, not a priestess, nor a sorceress. Only the title cleric is gender neutral. This clue is subtle, yet very clear. Thelume is said to be gentle and wise, but I believe here is an intentional attempt at deception by David... The gentle cleric of The Oppalan Frontier couldn't be Thelume. It was Nivaria.

Which leaves us with the "wild sorcerer". How could the gentle and wise Thelume be described as wild? The wild sorcerer must be Tol.

Therefore, Thelume is the wizard Jorum.​
THE BLUE STAR​
- The only temple the Tolassians built above ground was the Temple of the Blue Star.
- One of the symbols of The Three is a "blue flaming star"(Brother Ladan's Holy Symbol)
- In the Hall of Wisdom, the statue of Thelume appears to be holding some blue orb...
- Does the vision at the Hall of Wisdom describe the falling star that destroyed the kingdom of Galade as blue? I can't remember exactly... But maybe this "blue star" was the Ark of Lothasan?​
BETRAYAL​
- Brother Tarlus from Mount Orogg claimed the "vilest of The Three" got rid of the others. The last living god is Thelume...
- Duremas, a "madman and a heretic", never lost his divine powers, thought to be bestowed by The Three. This implies there might be something wrong with The Three...
- Brother De Frere from Icemist mentions a prophecy by Adamus, about a future in which the unity of The Three is broken. He admits fearing such a future. But Adamus is long dead. His prophecy might have already been fulfilled...​

Trace Da Cruz said:
But, Monsieur, the man who said such words was polluted by the nightmares of Syllara, who is also manipulating him into breaking the seal, the witches of Orogg are known to break the faith of such priests, I would not be surprised if that was a lie as well.
However, the relation between the Guards of the Sleepers and the Muud'ari seems to corroborate your theory, about Thelume's origins, but what if it was actually a Muud'ari, the evil wizard Thelume and his companions defeated?
Let's remember they did not directly stole the stones, it was that wizard...
Click to expand...

Are you alluding to the potion of longevity? Can you explain it to me?

About the evil wizard Thelume and his friends defeated, it's only in the Oppalan Frontier. But in the Temple of the Sleepers, the priests wrote about 4 adventurers exploring and looting the temple. And then, 4 of the 5 Sleepers had vanished. If Thelum and his friends were the adventurers, they must have stolen the Numina directly from 4 of the Sleepers, just like Azeran attempted with the 5th.

I still have no clue who was the evil wizard. Might be just a made up part of the legend. Or it might have been the Temple's guardian.

But seriously, the idea that the Temple of the Sleepers might have been Muud'ari survivors on Varannar blows my mind. The first human settlement we know of is The Ancient City, ancestors to the Tolassians and the Varannari. They got to Varannar roughly 1100 years ago. The Muud'ari crashed on Varannar 1200 years ago. Both civilisations could have built the Temple of the Sleepers...
F 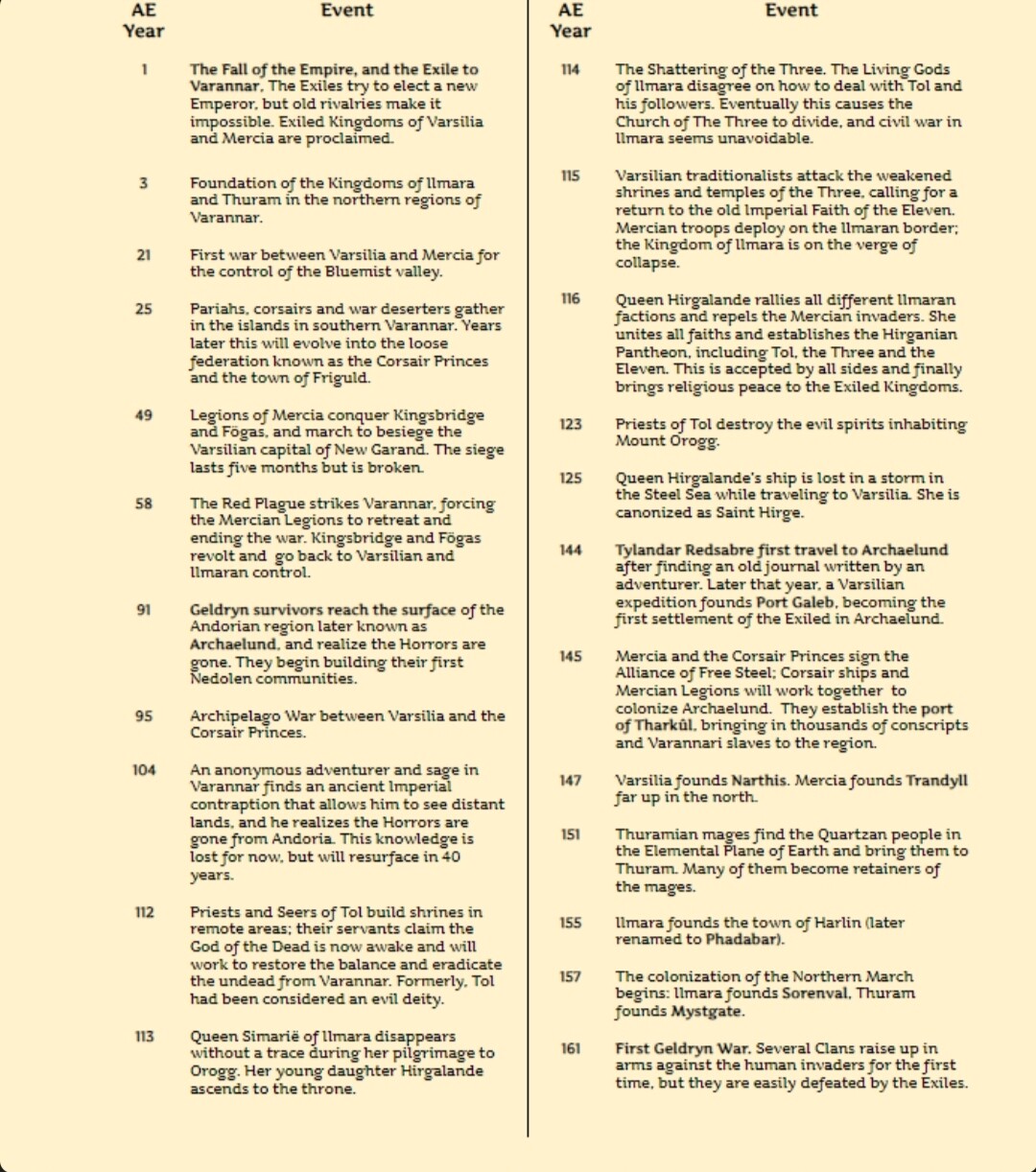 As a true holy warrior she invested all points into battle skills. So no gate. And NPC can't buy scrolls...

I wonder what happened to hirge I mean she could just use teleportation scrolls or maybe something attacked them while traveling
Click to expand...

Dear Fjfgjfx,
This scroll of prophecy you have given us is not only exciting, but terrifying. You brought precious new knowledge to our exclusive Muud'ari Club, therefore it is my honor to officially welcome you among us!

As is tradition, here is your new face, costume and complimentary glass of Mercian wine. Wear it at our secret meetings to preserve anonymity. 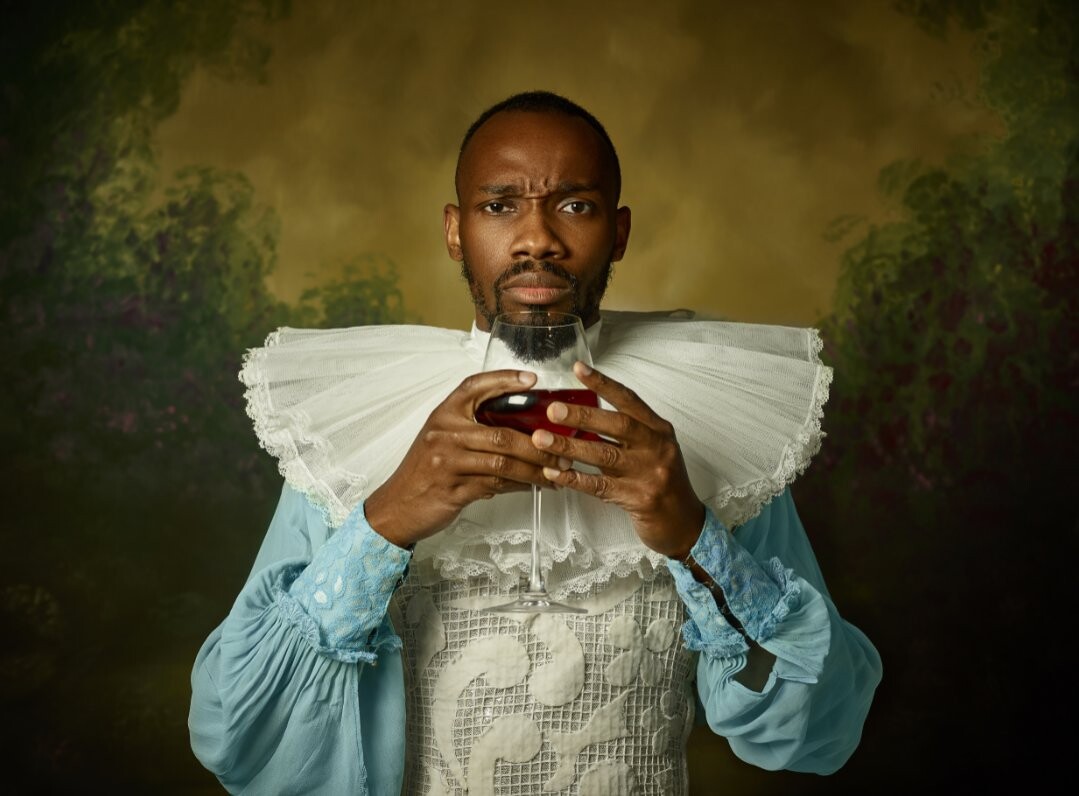 May I be so bold as to inquire on your source? This scroll of prophecy of yours is astonishing, how did you come up upon such a trove of information about the future?
F

Apocalypse said:
Dear Fjfgjfx,
This scroll of prophecy you have given us is not only exciting, but terrifying. You brought precious new knowledge to our exclusive Muud'ari Club, therefore it is my honor to officially welcome you among us!

As is tradition, here is your new face, costume and complimentary glass of Mercian wine. Wear it at our secret meetings to preserve anonymity.

May I be so bold as to inquire on your source? This scroll of prophecy of yours is astonishing, how did you come up upon such a trove of information about the future?
Click to expand...

This evidence is suspisciously good.
How can we be sure it's not another devious attempt at deception by those wicked Witches of Orogg? They're known to poison the minds of innocent youth... Could David be working for Syllara? Could the Sorceress-Queen be pulling his strings, like he was just some character in a storybook?