Was away from the game for a long time. Back for the new update with a cleric this time around. Started off with a 2-h focus since arbenos' might gives obscene boosts for 2h, but decided I'd like go for a support cleric build instead since it's a more unique option to cleric. Only lvl 12 at the moment and need to respec for the build but been relying on Sacred Fire 3 since I got it. Cleric is basically a nuke at this point in the game, 3s cool down and has the highest damag per mana in the game for only 9 mana cost, makes it highly spammable, what? Better than mage?

I'm starting to think cleric might be the strongest class in the game and not just for survivability, but since the spells don't scale with level I expect the output to plateau later on. Got my summon wolf and sacred fire now as well but won't be respec'ing just yet. Very fun and easy class to play, much easier than my previous elemental build mage run since cleric is quite tanky too. Looking forward to trying the occasional large party with companion, mercenary, and wolf, while I support them with heals, prayer, and flames of faith. If I can keep them alive by tanking or letting Griss tank, the added dps should make up for lack of level scaling and more.

Mod Note: Deleted a few posts / screen shots for showing hacked or modded games. Also deleted some screen shots here and there for organization reasons. Not every post needs a screenshot, and no posts needs 13 screenshots.

Have fun and keep enjoying the game.

Hi, I don't know if it was you or someone else who deleted my post, I mean I didn't use a mod or anything like that in my up, all the evidence was in the post, it was up to the person to analyze it first instead of making wrong decisions...

Commiades said:
Nice! How did you get the Troll Cleaver at Level 5? A lot of invisibility potions?
Click to expand...

Sorry about the late reply, I was working a ton of overtime and missed your question.

Yes, it takes invis/sprint potions and a bit of luck to get a recall scroll to get you out of the kitchen. I think it took around 30 attempts.

ajay said:
Sorry about the late reply, I was working a ton of overtime and missed your question.

Yes, it takes invis/sprint potions and a bit of luck to get a recall scroll to get you out of the kitchen. I think it took around 30 attempts.
Click to expand...

I go for the bluesteel poison dagger. It costs 4000 gold but is really good.

Getting the Wand of Storms from the Wyverntail Complex is my equivalent, and a Mage is not as good at stealth.
Last edited: 12/06/2021

Yes, the bluesteel poisonous dagger is another great dagger. I just wanted a new challenge. On my last playthrough by the time I got the Troll Cleaver it was a bit underpowered.
Last edited: 13/06/2021

Earlier weapons were the key to my builds. Now I'm finding Sneak Attack so OP that they're more like trophies. My character was shredding Werewolves in the Undergrove with his silver dagger. I don't remember them dying so fast! He's hardly used Stiletto (the Hunter's Machete makes most earlier weapons obsolete, though).

I started another rogue because why not. While I didn't find any hunter's fangs, I managed to find two sacrificial daggers in Ydaya Tomb. This rogue seems to be lucky. I have had two sets of forest chain leggings drop at level 4.

The gods of RNG are like that. My current rogue got the Hunter's Mark and Hunter's Fang early without even trying (probably because I'd complained about how hard it was on here - to mock me). Hunter's Fang stays good a long while.

Add to that, Hirge has a complete set of Blessed Plate (unheard of) and I got two pairs of Dragoon Boots in one trip to the Mausoleum!

I also have an Ivory Ring, a Ring of the Frozen Heart and a Ring of Unlife, so the luck's good so far (I like how liches predictably drop First Winter when you're not a Mage).
Last edited: 13/06/2021

I just finished the game 90/90, changed my skills, final build... i need tip where to lvl up fast my level 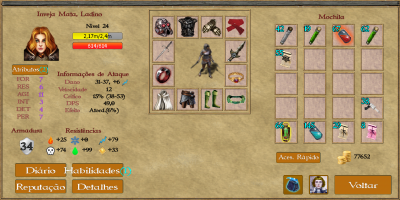 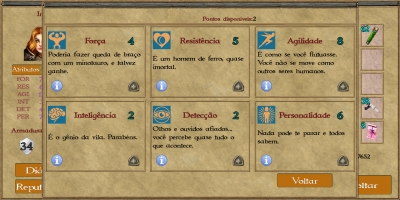 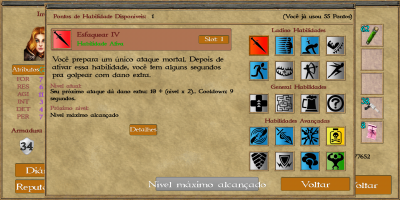