Got the crown of tol under control on my Ironman mage!

Serge said:
Is it Legion leggings? Where they were dropped?
Click to expand...

In the dungeon in the iron Valley... Sometimes they drop in chests there

I really enjoy the rogue class; I miss skills like Sprint or Trap Master when I play other classes. I'm currently taking a melee rogue, who now level 19. Normally I avoid the Forbidden Pit on Hard until after the Ark, but both the rogue and Hirge really wanted those weapons the Void Lord has.

This time I used Invisibility potions to dodge all but the first Dark Presence (a trick I saw on YouTube); once I made sure that Hirge was tanking it was quite easy. I guess the Void Lord's terror for me is partly an accretion of all the deaths as I was mastering the game (and it is a slog to get to him). I loved going after the King of Korn with the newly liberated weapons!

Gwydion shredded the Minotaurs in the Sunken Citadel (courtesy of the Void Lord). And he's now completed SoH before going to the Ark. It was breeze. He reached Lvl 21 in the Elemental Plane of Fire and only has the Ark to do:

With the Shadow Blade against Dragons and the Queen's Heart against the rest it was or of the easiest runs I can remember.

A thread I started on the economics of healing got me interested to revisit the 2-H Fury warrior. I decided not to invest in any PER or AGI, but I took INT 3 and AWA 1 for advanced skills (Magical Training and Precision Strikes). I ignored Heavyhand in favour of Whirlwind.

Initially I used Adaon as an archer to give me trap detection. For a while they went under the name of the Electric Company, as Adaon had the Mist Hunter's Bow, and Pwyll had Wild Thunder. Adaon was quite endearing throwing himself on traps, but when I did Grissenda's quest, I just decided she was a better fit. She is able to tank and I like to set her up so that Pwyll gets the flanking bonus.

Fury-boosted Whirlwind III is a sight to behold, I was stunned when he swept away hordes of Beheaded Ones with one shot. I was expecting to be swamped by more of them, but I made my way sedately to the secret door. Such a contrast with the edge-of-the-seat antics of Mages, Clerics and Rogues! However, he is vulnerable to ranged attacks.

Grissenda with a sword and shield is not so convenient a build -- that PER 3 for Infantry Training is a strain. Therefore I decided to flip this build and start a Sword and Shield warrior and use Grissenda with the 2-H weapons. I'd forgotten how resilient shield warriors can be; it really reduces potion use.

I have got this warrior, Manawydan, to level 10. He has Infantry Training II and Duel I. I intend to prioritise END and Body Development to make Fury easier to maintain. He currently has Fury II, but will go for Battle Rage I at some stage.

ajay said:
Started my second rogue on hard because I am unable to get the ending I want with my first. Anywho, hit level 5 and then level 6 and celebrated with getting some deeps.
Click to expand...

Overall, I found the Sword and Shield warrior easier. The 2-H one with Battle Rage III was awesome, but prone to dying in the Ark - two blows and a Whirlwind would finish most robots, but the crash after the rage wore off was dangerous! Over 80 HP would go while I was staying in the Fury zone.

I've now finished the game with a Staff Summoner Mage, Taliesin. This is the first time with this build and I left it for a while as the gods of RNG seemed to hate him. He threatened a extinction of dragons, but found no Magma Greatstaff. He racked up enough visits to the Ark that he had 100 Ancient Batteries, but no Tesla Rod!

That said, he did get three Rings of the Star Traveller, which is ridiculous! And he got a First Winter without hitch, as well as a Staff of the Traveller, so it wasn't all bad. Yesterday I came back to the build and finally got a Tesla Emitter when he braved the Ark Reactor (in one of the first rooms). Despite no training in Wands, he used this and watched with joy as EMP shock set in on the hated robots. He battled his way to the furthest ends of the Ark, and in the last chest in the secret room there, he finally got his Tesla Rod.

Finally properly kitted out the Sewer of Horrors was a breeze (unsurprisingly as he was Level 23 by the end of it). The Staff of the Dead Kings worked wonders on anything with a pulse in the sewer, and the Magma Greatstaff or the Staff of Impact did for the Undead.

The Staff of Impact was useful for the Insane Wizards and Ancient Guardians, and a Fire Elemental summons made the Elemental Plane of Fire straightforward.

His companion was Hirge, but he's now grinding solo:

Solo grinding the Sunken Citadel is a cinch; he'll need to get some Scrolls of Wisdom from somewhere. They drop in odd places, as do the Greater ones. 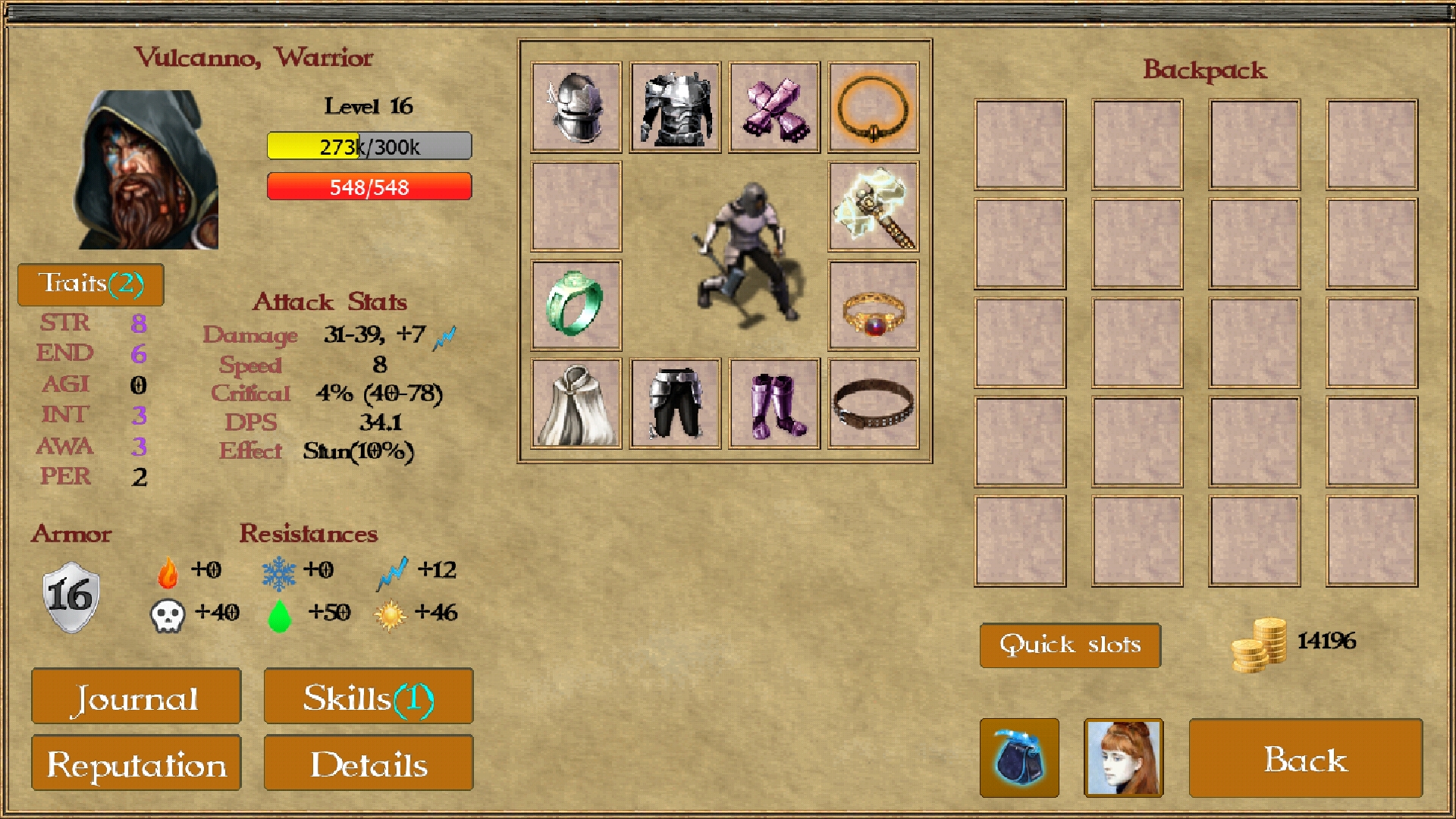 add.pics
(Cuz i can't upload it in the forum)

Just finished the game as a Mage on Casual, still pretty stressful at times despite the dungeon saves

Post automatically merged:    17/05/2021
Just finished the game as a Mage on Casual, still a bit stressful at times despite having dungeon saves, pretty OP at the end as i heard and saw myself

since beta is finished and it's available for all, here my newest build, really amazing new mage build (I'll put it in spoiler) 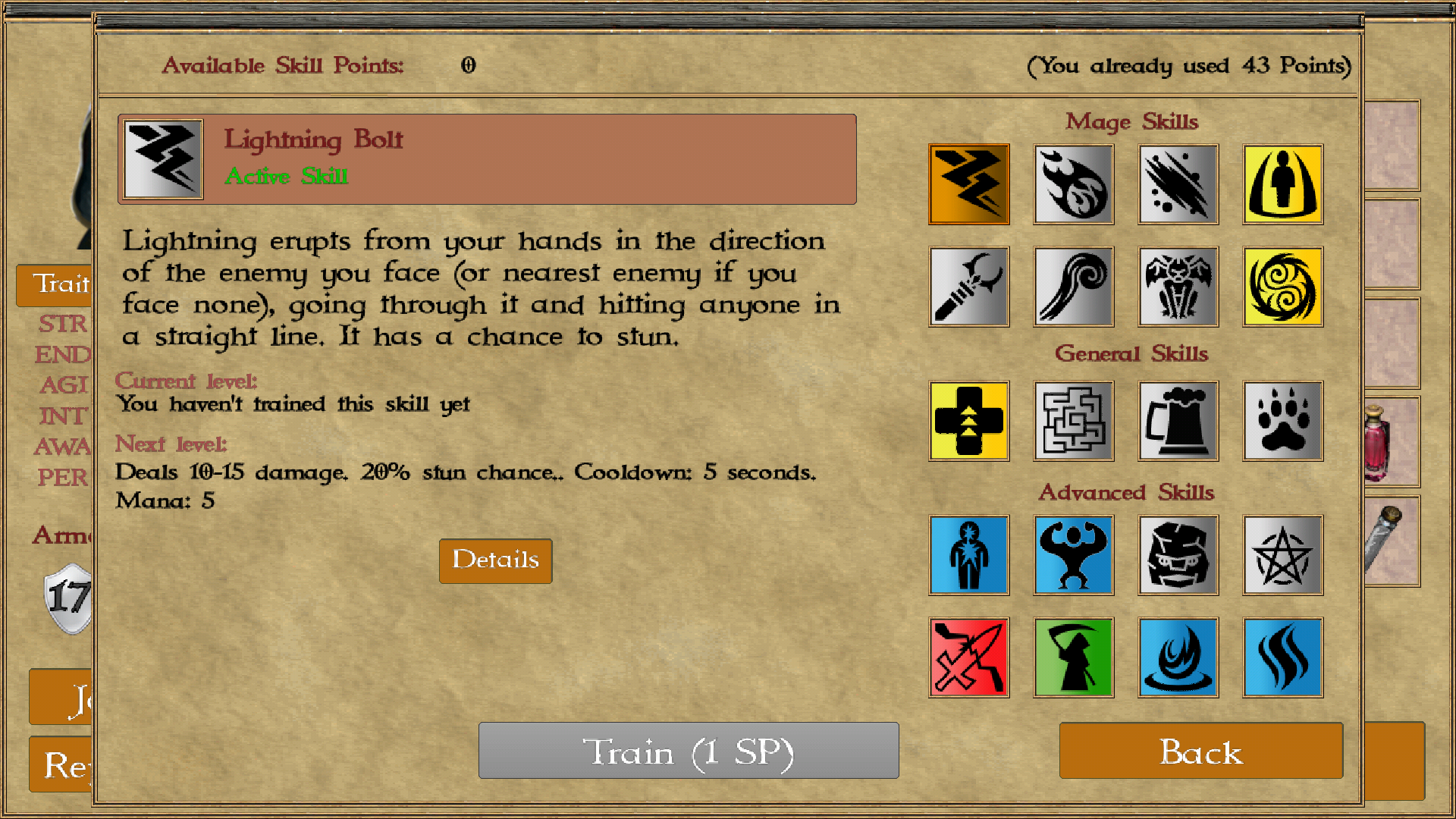 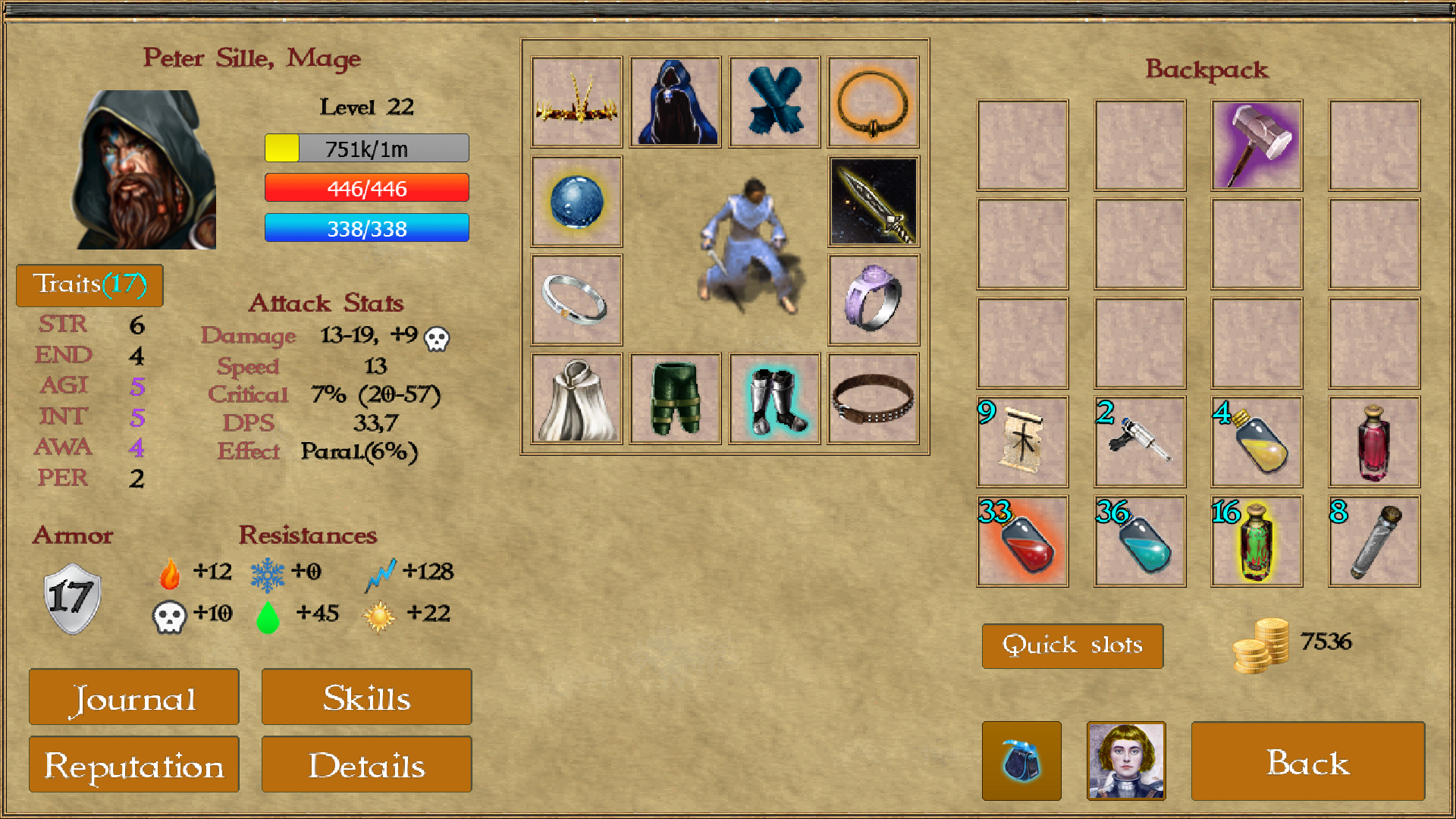