Woot woot, I have gained a few more levels by grinding on the Hill Giants. I have also completed Grissanda's quest line too, while doing that, their was an Ancient Vampire accompanied by Mr. Storm, the vampire dropped Jester's Skull for me!!
Here is my character sheet so far, I have also tried to go to the Ashen Wastes, but the radio active ball are to way to deadly, and I just do not want to die. So at this point I am grinding and doing the other quests around the map.

I finally made my rogue a level 25. I like grinding the maze and i read from a user they like to grind sanctuary peak...i do that as well. this game is so awesome! ive collected games for many years now and ive been stuck in this one off and on around 3 to 400 hours. this is definitely one of my favorites of all time. i would love to see it first person VR. ive looked into archaelund but i never got into battle systems that are turn base....besides ff7 ps1. anyway

gonna grind till i get 26 and then go get force belt. i'm 88/90. probably hit my sneak one point and put 2 more into massive criticals. i have a point now...just now 100 percent on what i want. this is the 3rd time ive gotta this far, i know im ready just wanna be 100 percent ready. my first play i got stuck in the ark my second i still have and went back grinding in the sewers like a dodo.....i just left it. i think its at 88 as well. ive been thinking of doing a mage next.....i don't know....thank you David. Anyone here and reads this though i hope your well, and much luck in the Isle of Varannar. and by all means....own it! today, tomorrow...and the unseen.

Current progress of my Fury Warrior Archer build. Just hit lvl 11, need to get a good bow. My low HP is intentional, I have Fury all the time. 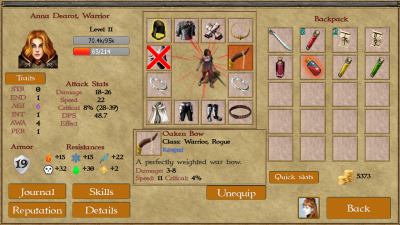 You can find one in trial and error quest.

Atooltobe said:
You can find one in trial and error quest.
Click to expand...

Yeah, i hit 13 recently and got Malan's, also have Mist Hunter's. 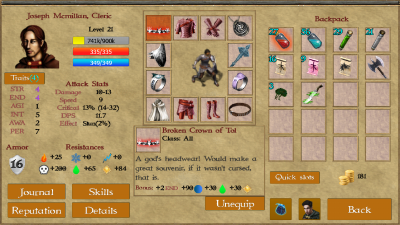 The challenge with keeping the Broken Crown is getting locked into death protection. Sure, it makes a lot of ghost / undead a breeze but rather screws you for bolt and fire damage, which play a huge role in the last two areas of the game (Arc / Sewer of Horrors).

This is my warrior. I need to complete the ark of lothasan but first I must obtain the ring of the star traveler and the conductive vest before completing the game 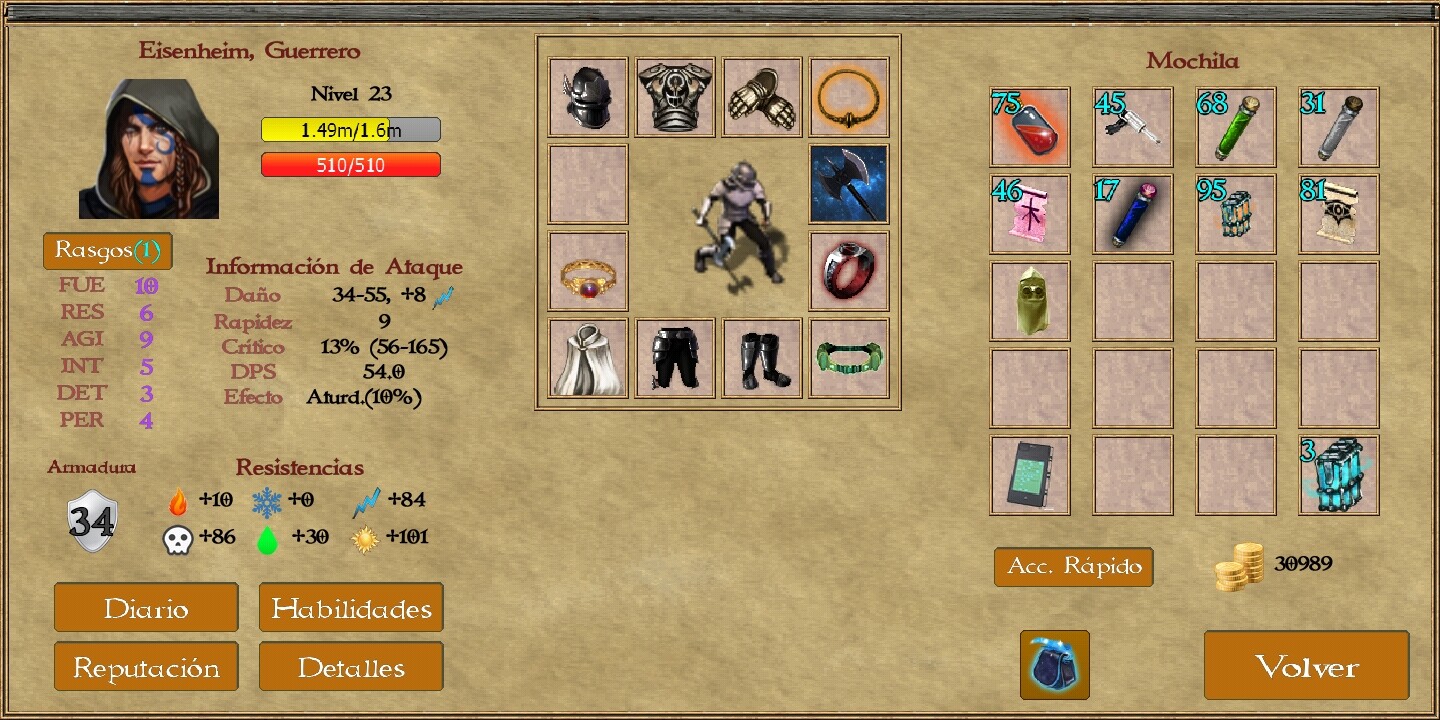 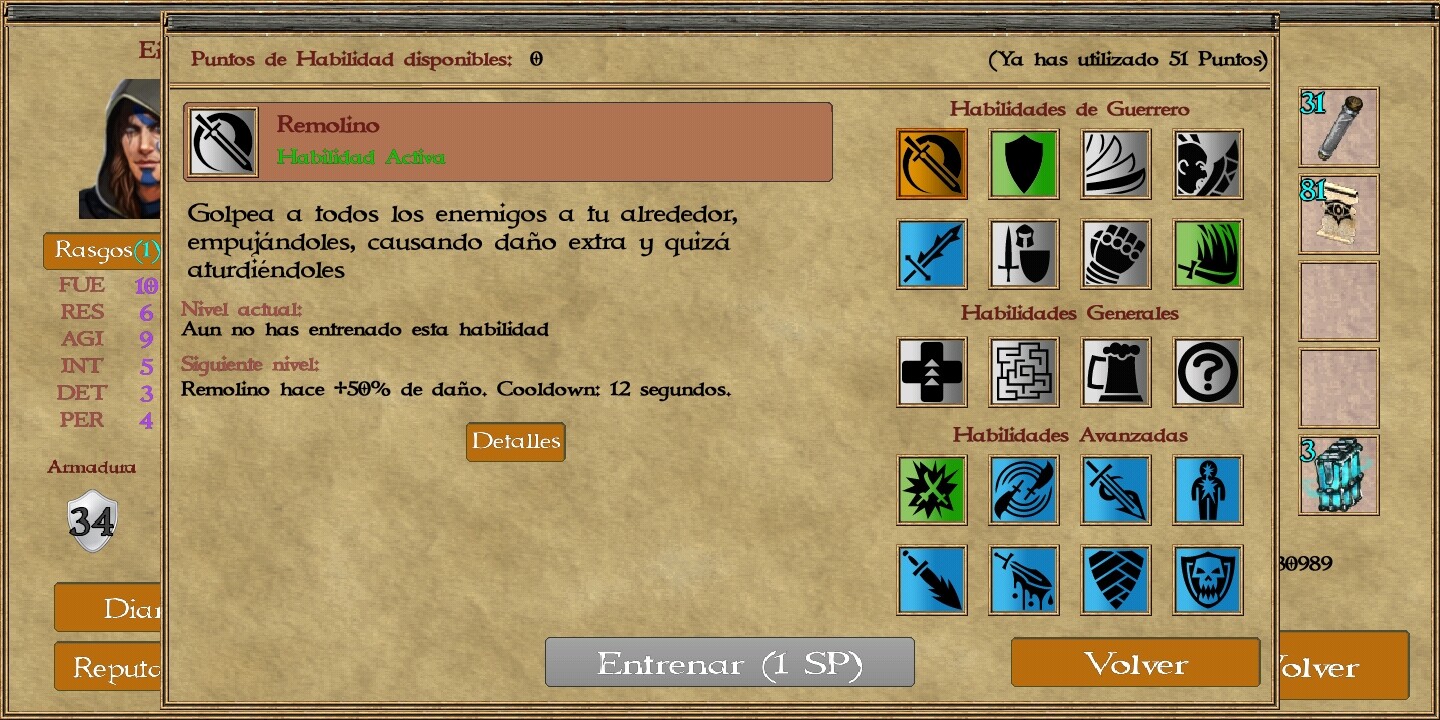 Started my second rogue on hard because I am unable to get the ending I want with my first. Anywho, hit level 5 and then level 6 and celebrated with getting some deeps.