Ares Voss said:
How the hell did you make a goddarn cult?
Just wondering how you hold back from doing something with the girls while sleeping… Heh…
Click to expand...

It's a secret game feature. Just need to have a high personality score, gold, and go on WOLF NEWS say racist comments about the Varannari.

As for our "shared intimacy", yes, we do it like rabbits every night. I have a secret crush on Zenmo, his wife must never know!

Rats!!!
Yes the rats would be a good match for my cultists if I don't help them loll. But with Battle Prayer, they're actually a fearsome bunch! They slaughter Usan warriors in seconds!

Throwing them in lava would be a beautiful sacrifice I must admit...

Atlas1095 said:
Fascinating! What's the trick - you start the quests without finishing them and each of these NPCs keeps following you around? Will they fight when you encounter enemies? Brilliant!
Click to expand...

Exactly!
We must hire a mercenary before getting followers though, because mercenaries are won't join you if you already have a follower, or even a summon. But the quest NPCs will follow you regardless of how many people you have in your team!

I guess it's technically cheating, but it's super hard to get them all while keeping them alive loll. Rodney is the worst. I swear all he wants to do is die loll
Last edited: 14/10/2021

Totally awesome! I'm going to try this on another run through.

Atlas1095 said:
Totally awesome! I'm going to try this on another run through.
Click to expand...

Are you up to the challenge? Loll 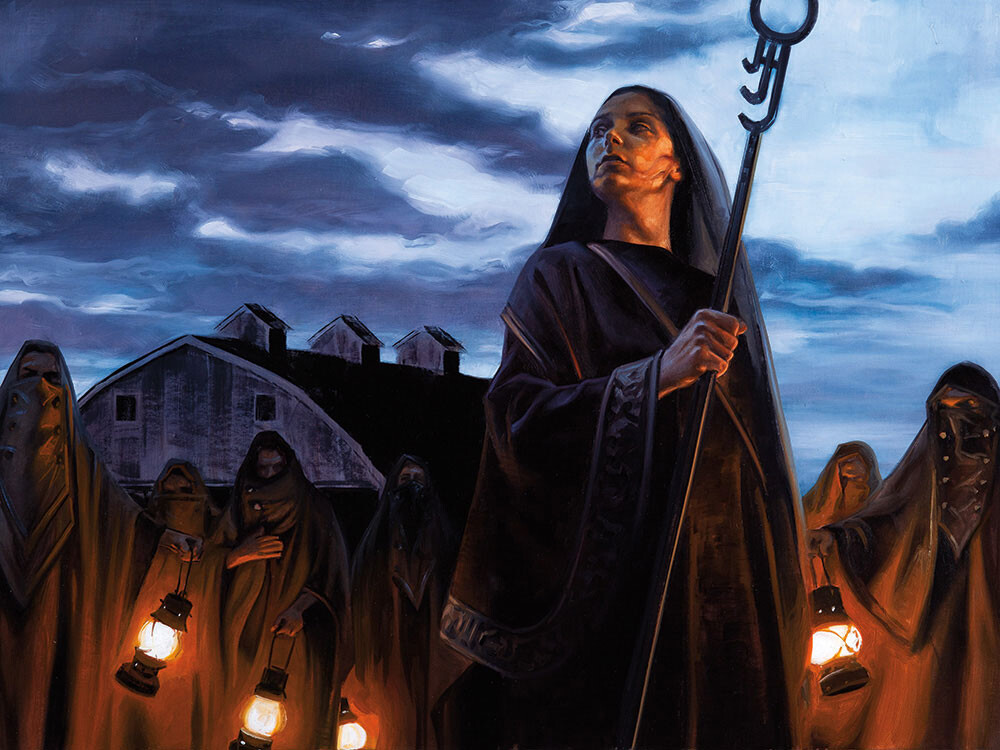 I know now you just have to do the quest on where the NPC's follow you but you just don't have to finish the quest nor send them home.

Summon that Guardian Wolf, too.

Every team neads a Mascot.

Next Level Challenge: Get them to the Final Boss.

Every team neads a Mascot.

Next Level Challenge: Get them to the Final Boss.
Click to expand...

I can't get humans into the Ark. I tried to push them through the barrier, kept pushing until Rodney passed out. Guess I'll have to let the Forsaken win and wait for the horrors to get out of the ship.

They would be a great offering to Kalagru, though.

PS: I'm leveling up to get that guardian wolf mascot!
J

Apocalypse said:
Back to the 'Ultimate Challenge Compendium'​
CLERIC CHALLENGE:
START A CULT!


GATHER YOUR CULT MEMBERS
Once you've learned Battle Prayer, recruit your cult members in this specific order:​
MERCENARY
Choose and hire any mercenary as first cultist.

ZENMO
Level 9
To find him, ask his wife Eirama in Freetown.

RIELLA
Level 4
Tutor Anton Gredt will tell you about her after you complete his first 2 quests.

TERAM
Level 2-3, Lannegar Mine
To find him, ask Lannegar's Captain after you complete his first quest.

Post screenshots of their glorious sacrifice so we may enjoy your cultish creativity!​
​
Back to the 'Ultimate Challenge Compendium'​

Guys! I've done it!!!
Hirge and I have started a CULT!!!!! And we already have a pretty good following!!!!!!!
"MAGA", Make Andoria Great Again!
The Empire was stolen because of illegal aliens! (Which is technically true loll) and the horrors are FAKE NEWS!

Look at all those pathetic credulous cultists! They follow Hirge and me, and they would die for us! Actually they die a lot loll It's hard to keep track of them all so I make sure nobody has died lolll BATTLE PRAYER and HEAL are wonderful with a team of 9

My cleric is named "Cult Leader Baba", she owns a bunch of taverns and brags about her gold all the time. She claims she's Queen of the Exiled Kingdoms, but she doesn't have any evidence of that... Which is not a problem to her loving followers, they believe her anyway!
I'm thinking of having them storm a castle somewhere, or maybe send them all to their death as a sacrifice to the dark gods of something. Any ideas?

Maybe I'll bring them to Syllara's Shrine in Thuram and let the lich offer them in sacrifice to the Sorceress Queen of Orogg...
Click to expand...

9 companions... very well. you shall be the fellowship of the Ark!

Once I get a wolf summon we'll be 10! Amarissa and Breno are out of the question, but Zilda might join our cult for a little while. Am I missing anybody?

Post automatically merged:    14/10/2021
I can't keep my cultists around forever. Most are too weak to keep up. What should I do with them?
Click to expand...

abandon them in the sewers. if you can impossibly make it to the under levels then you can have bremo join your cult, and then if you have the spirit wolf you will have raised the new Eleven! maybe Landrys Storme will finally forgive you.
Share:
Facebook Twitter Reddit Pinterest Tumblr WhatsApp Email Share Link