Beta: graphics turn red after a spike trap is on screen

hello, I'm a beta user and I came to report something that happened to me today, when I entered with one of my characters, being in kingsbride, when I arrived at the entrance of the bandits' hideout, I can not enter, I already reloaded the save, I closed the game and opened it again but it didn't work.

I also witnessed yesterday in this same place a visual bug where the character was completely red, this happened when he was close to a trap found, when activating or disarming the effect disappeared

I'm playing right now and I realize that I can't collect gold from enemies and when I approach the boxes in the kingsbride area there is no way to collect anything, I don't know if this is happening in all areas, I opened my mage character lv 5 today to play and I came across these problems for the first time
Last edited: 26/08/2022

For clarity, when you say you are a beta user, do you mean you are testing out the new technical update for Android that came out a few days ago?

Screen shots might be helpful as this appears to be a very odd bug.

Answering your first question for clarity, yes I'm testing this latest technical update released and when I enter my mage character these strange things happened to me that I mentioned earlier, I use a Moto G 6 plus, the version I play is the most current, downloaded by the playstore itself, as for the screenshot unfortunately I could not send it, but it happened exactly as I described, with other characters that I entered none of this occurred to me, when I returned to my lv 5 wizard the bug persisted, until it later normalized, but it was really something very strange, I also couldn't get out of the kingsbride map area, as for the visual bug I mentioned it still persists, it's not something that bothers so much but it's always good to inform!

My best guess is that it has something to do with a cached file on the phone not meshing with the new update.
Can you try clearing your cached memory, and do a complete device re-start?

And yes, it's good to report bugs, especially in the beta stage. There's been a few oddities with this update, all seem to be graphic related. Cached memory is the suspect but David will have to do a dive.

Sorry for the inconvenience. These glitches happen sometimes when the game is updated, and typically disappear when the device is rebooted or the game is completely forceclosed (killing the task) and then opened. If this is not the case please let us know. 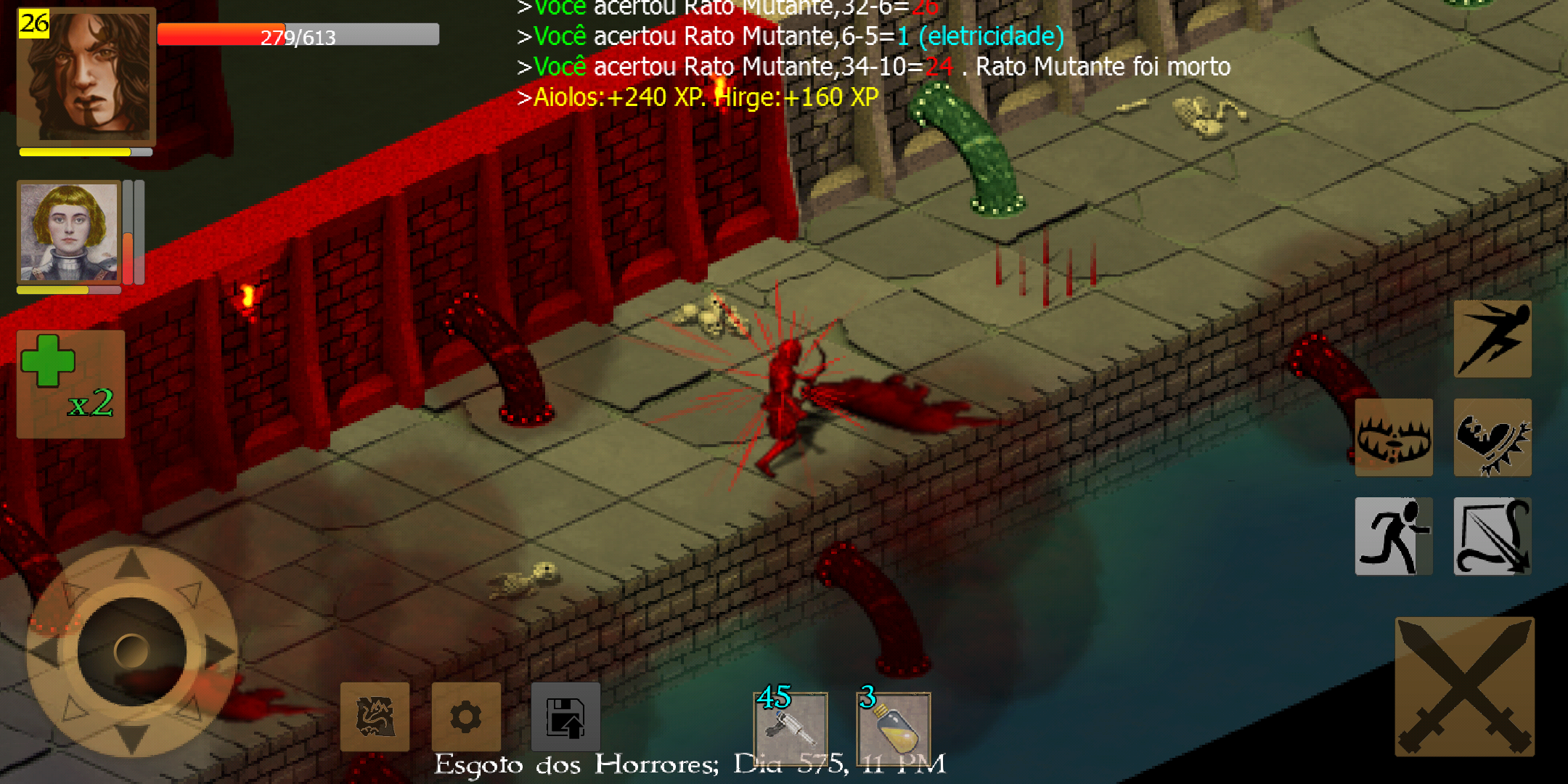 I managed to upload an image of the visual bug I mentioned before, it happens when detecting a trap and goes back to normal when I pass it or disarm it

Mine started doing that too (red walls and some other objects like poison fog). Kinda cool though.

Is this happening after a reboot, or after forceclosing the app?


started happening after this last update, regardless of restarting the game or forcing it to stop!

DavidBVal said:
Is this happening after a reboot, or after forceclosing the app?
Click to expand...

Just constant anytime a trap is found. Goes away as soon as the trap is triggered or disarmed.