About time for Ironman

First of all, Really love with this Game And I Love Everything about it.

When i play this game for the first time, Im using Warrior And Play in normal Difficulty,And i make a mistake in the early game so Im Not Completed All Quest.

In my warrior playthrough, I defeated All the boss Except in The New Boss in undergrove, because as i mention earlier I Made A mistake.

My second playthrough Im using mage And i Play it In Hard Difficulty,In This Playthrough I Finished All the Quest, And defeated All the boss In Varranar, Im Using Grissenda As My Tank For my Hitter Mage.

And Im about to Play Ironman Difficulty Using Rogue, Any tips guys? Should I Make my Awareness High For the trap, or i make adaon To be Trapmaster but that will be Bad Because 2 Rogue no Tank,Or Grissenda As tank or Hirge as tank/support.

My character is not created yet,And im still in long Journey For Companion.

I'm curious too. I'm trying an Iron Man Archer rogue. I'm thinking about the crunch points I negotiate by luck - getting Hirge, becoming a member of the Seventh House, and especially getting through the Frozen Depths. I rely on a hit and miss luck; I need to be better resourced and more cautious. 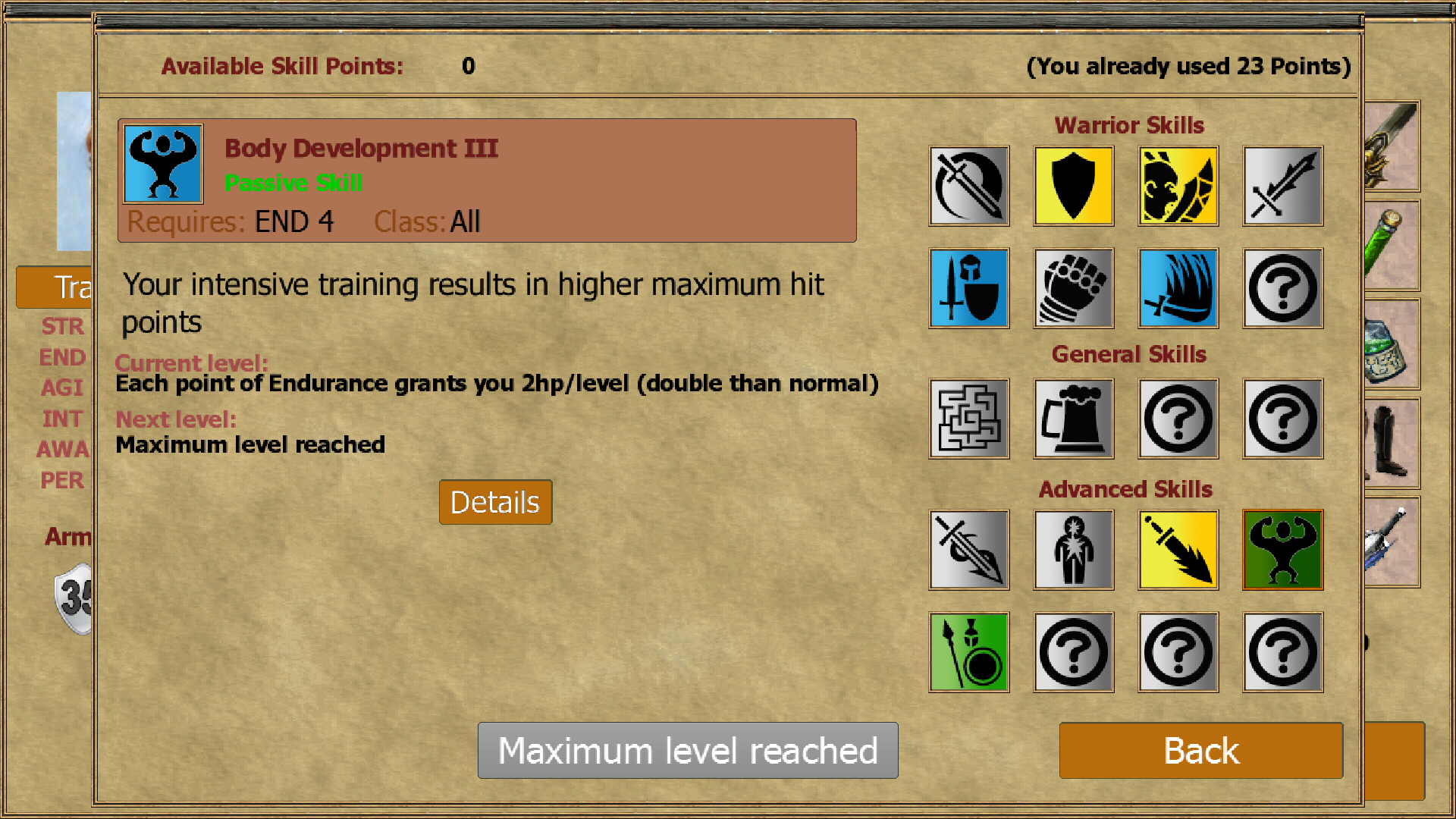 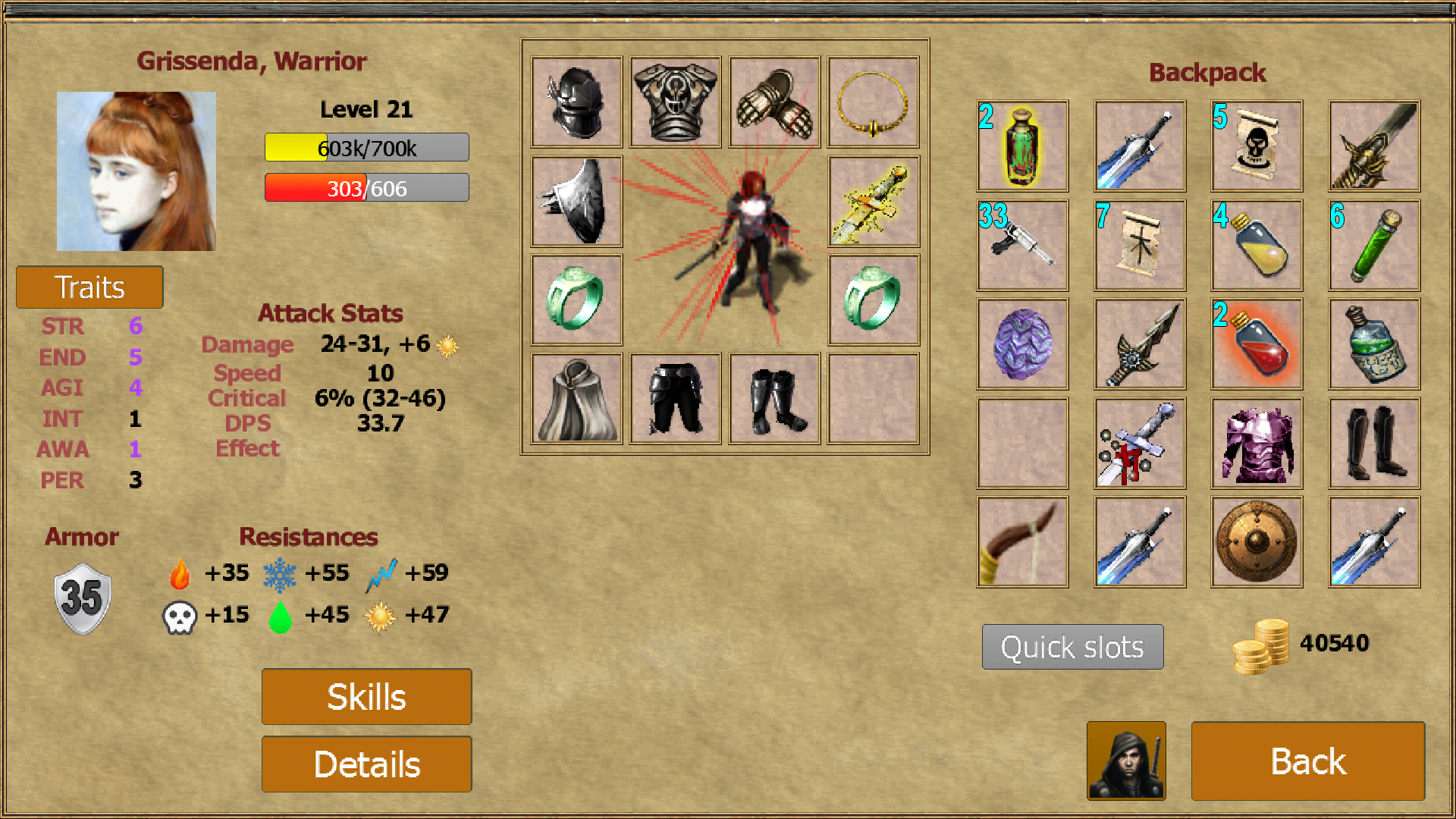 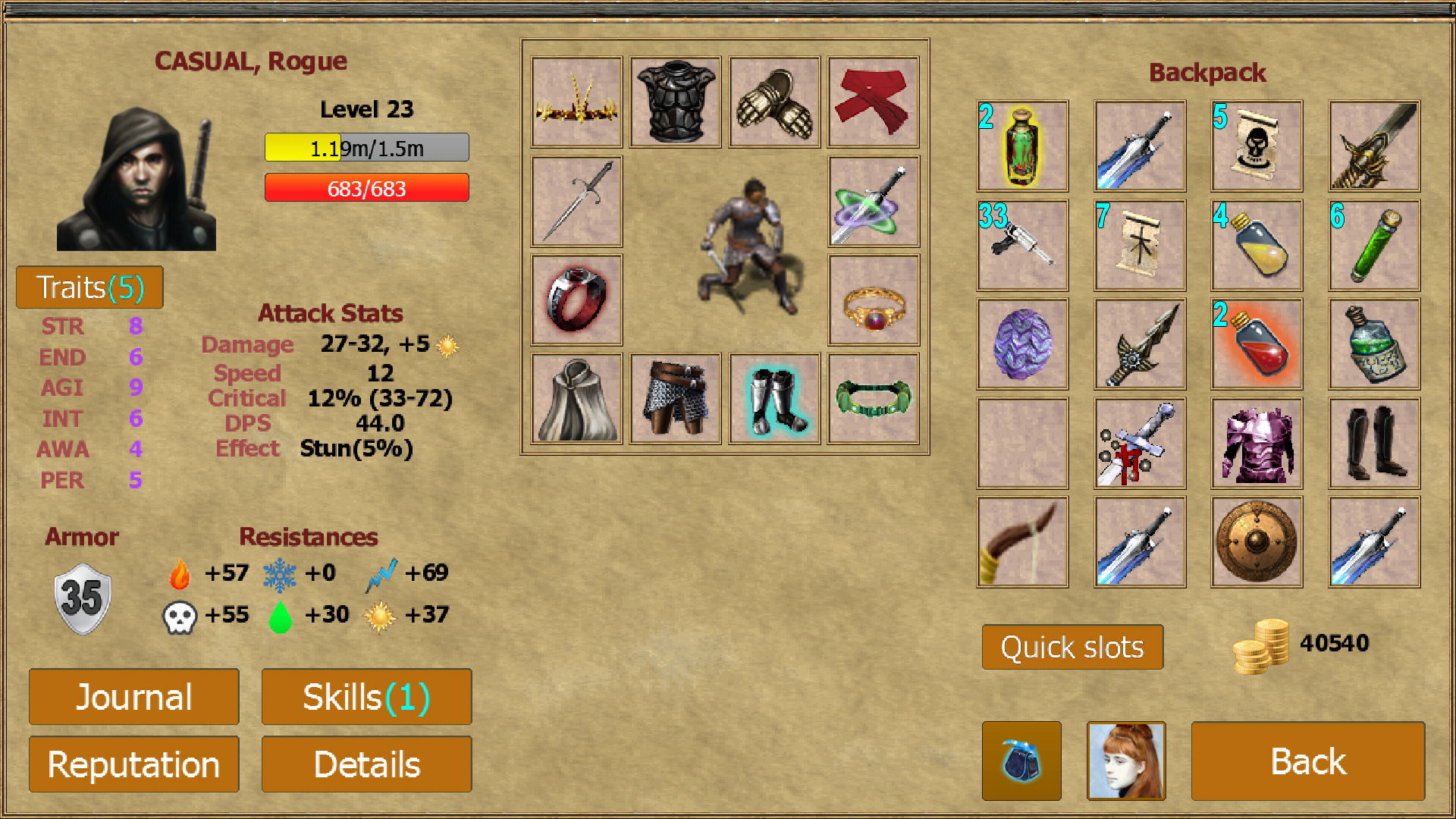 This is my character
I already did it, not much to say except don't use stealth at all

I don't think I can manage Iron Man. It's too easy for a run to end when I get careless. I'd just reached level 9 with an Archer using Hirge. I was off to get the Mist Hunter's Bow and stopped to do the Fort Assault on the way. Sergeant Dumek went missing and I thought I'd run into the fort and see if he was there, which was dumb, and fatal!

I'd like what Heroes of Steel has, a deaths counter. I could try to keep that to zero, but not lose the game.

Yeah i die 2 times too with traps in tombs, but now i learn general skill dungeonering for the traps. Its fun to play in iron man because you have to play carefully take you time and it exciting because when you face and enemies, you gotta think twice if wanna fight them.