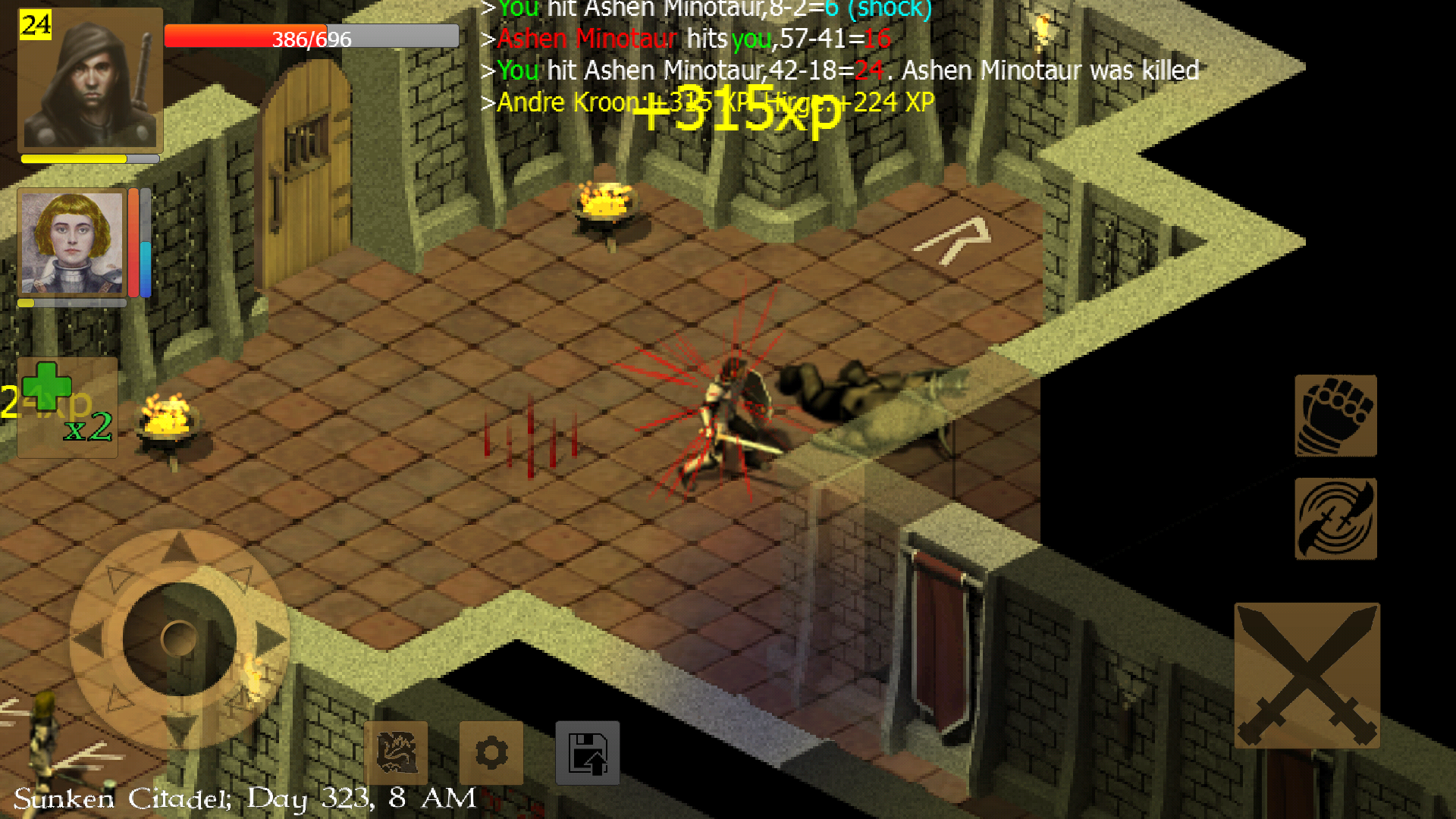 Here Hirge got stuck and didn't come into the room until after I moved a bit westward, or up on the map. You can see her in the lower left corner of the screen. 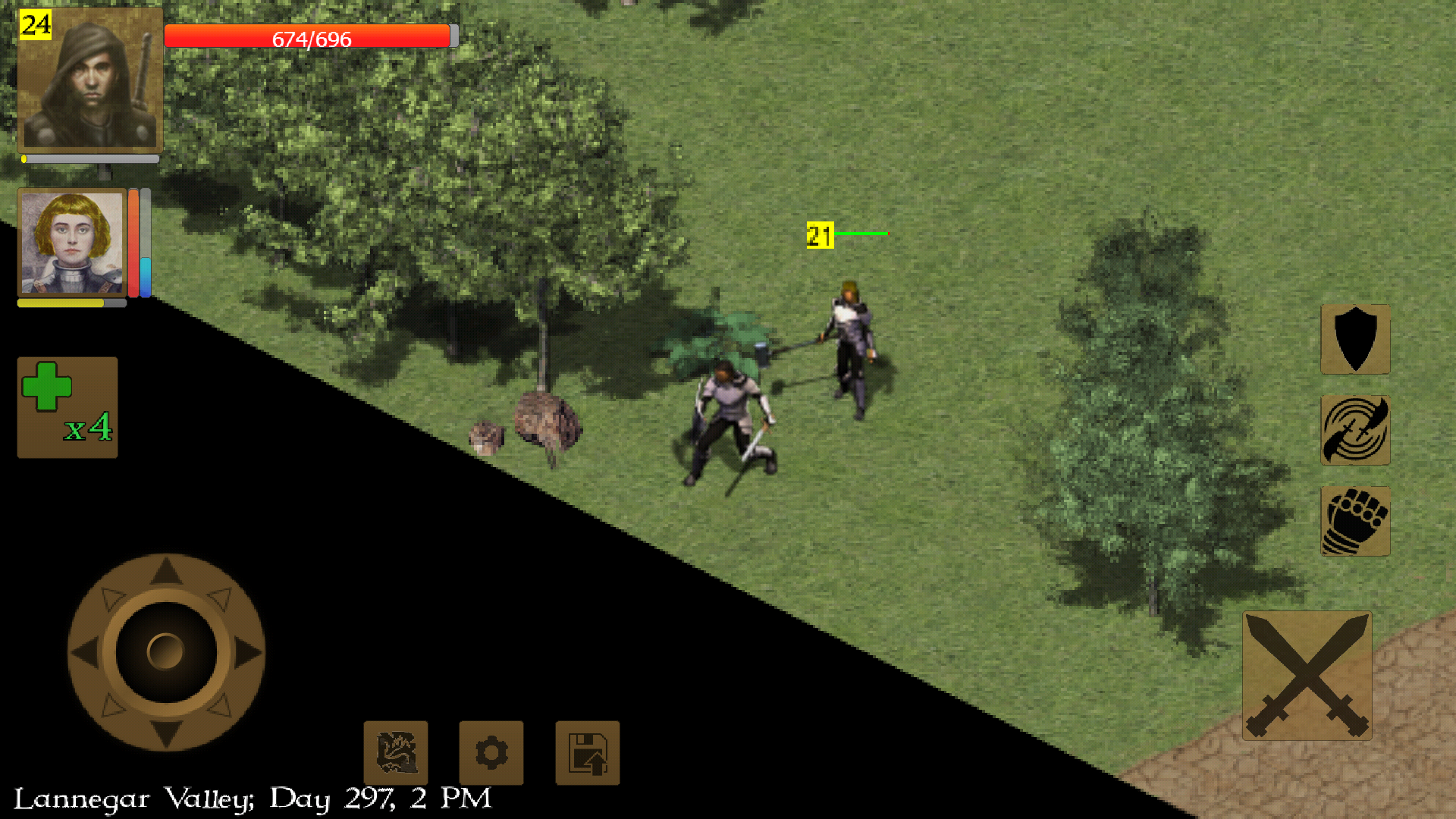 Invisible wall where my character is looking at, have to move slightly east on the map to get to the Southern Bluemist River. 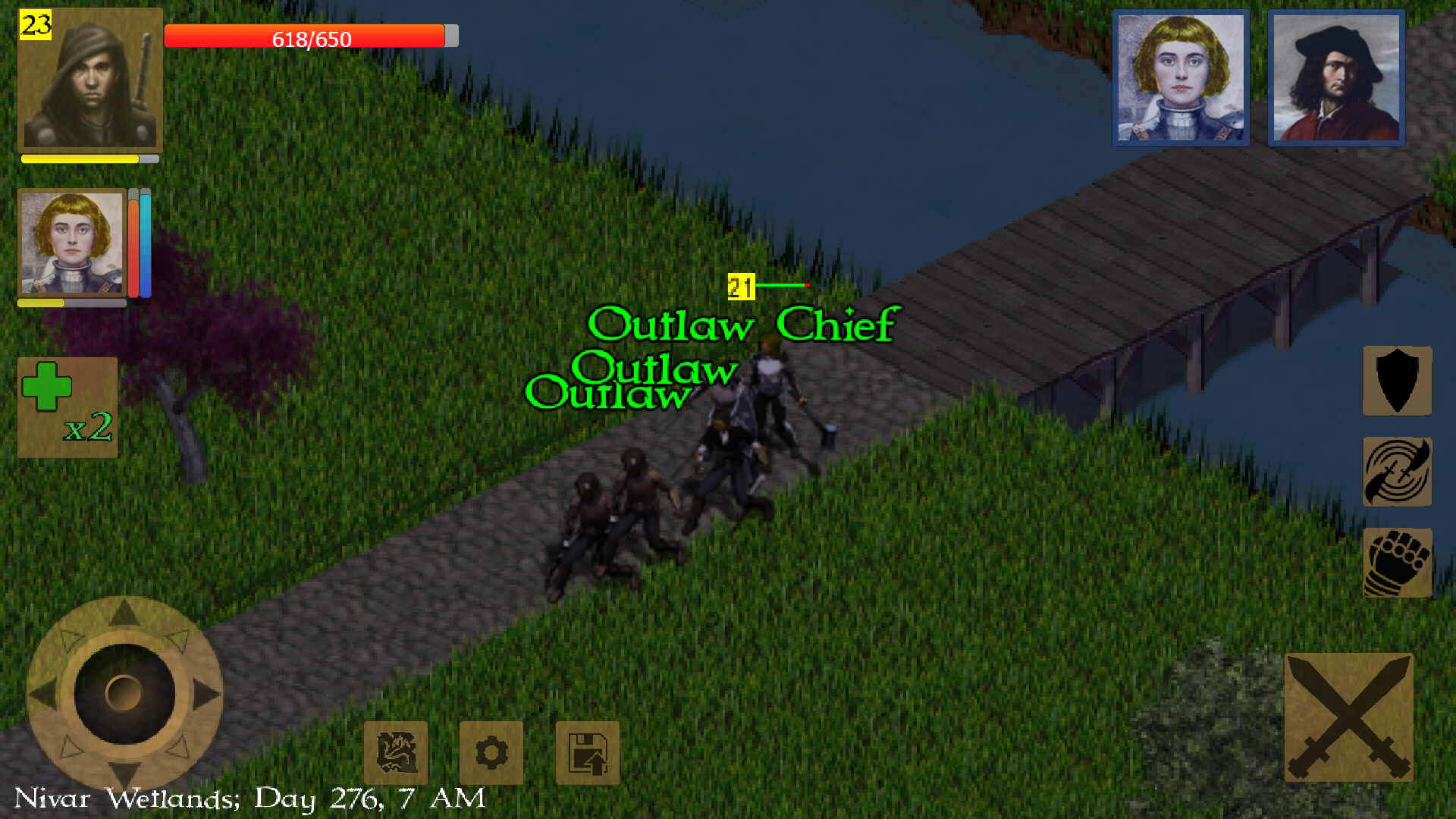 As you can see the outlaws are "friendly" and there is no way to fight them, I haven't payed them or anything I just encountered them like that. It has happened a few times but then later goes back to normal. Maybe after I restart the game or something? I've encountered several groups in one session and they've all been like that. If this happens it also happens to Vigilant Knights, though I can still choose to fight them. 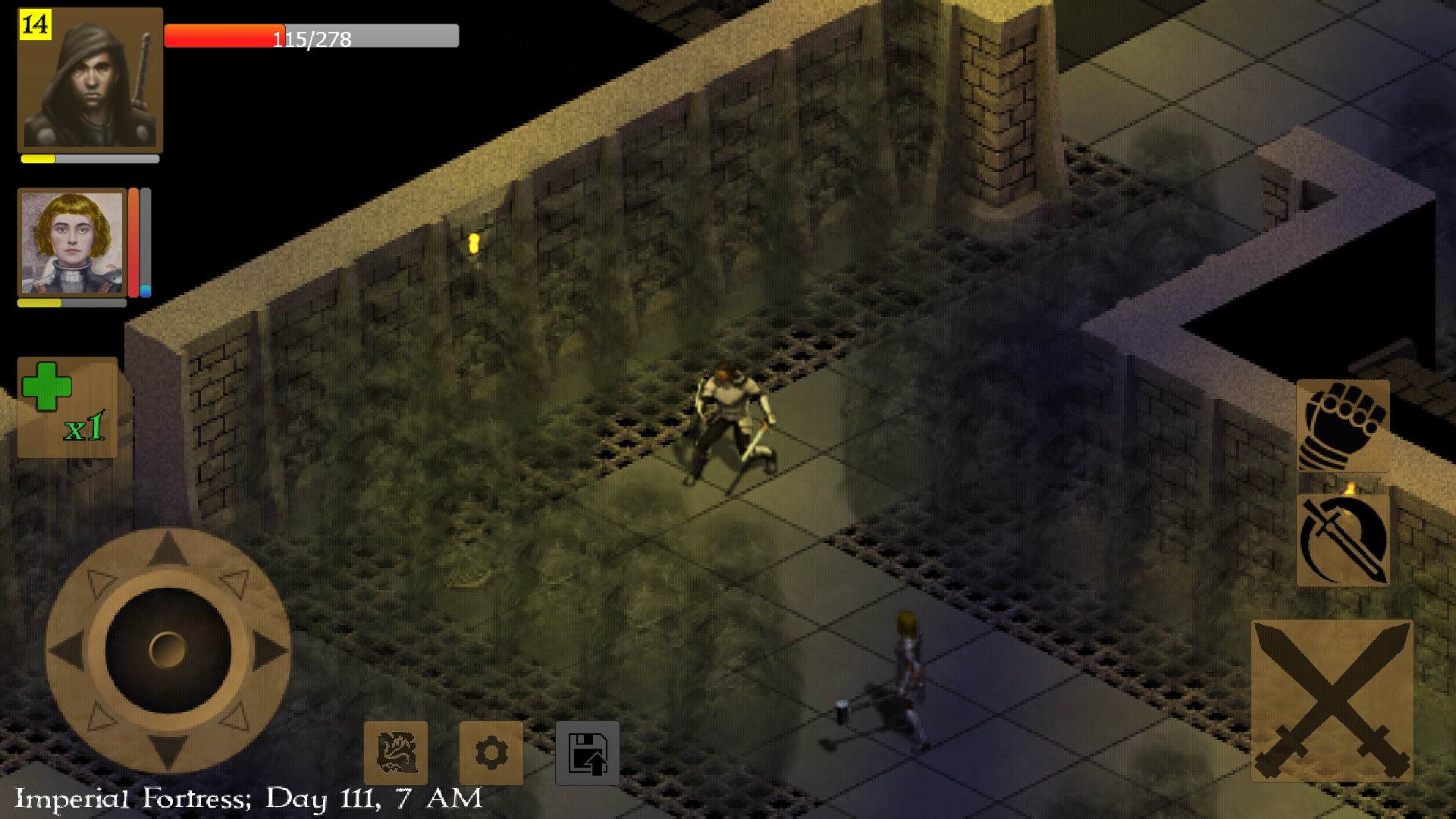 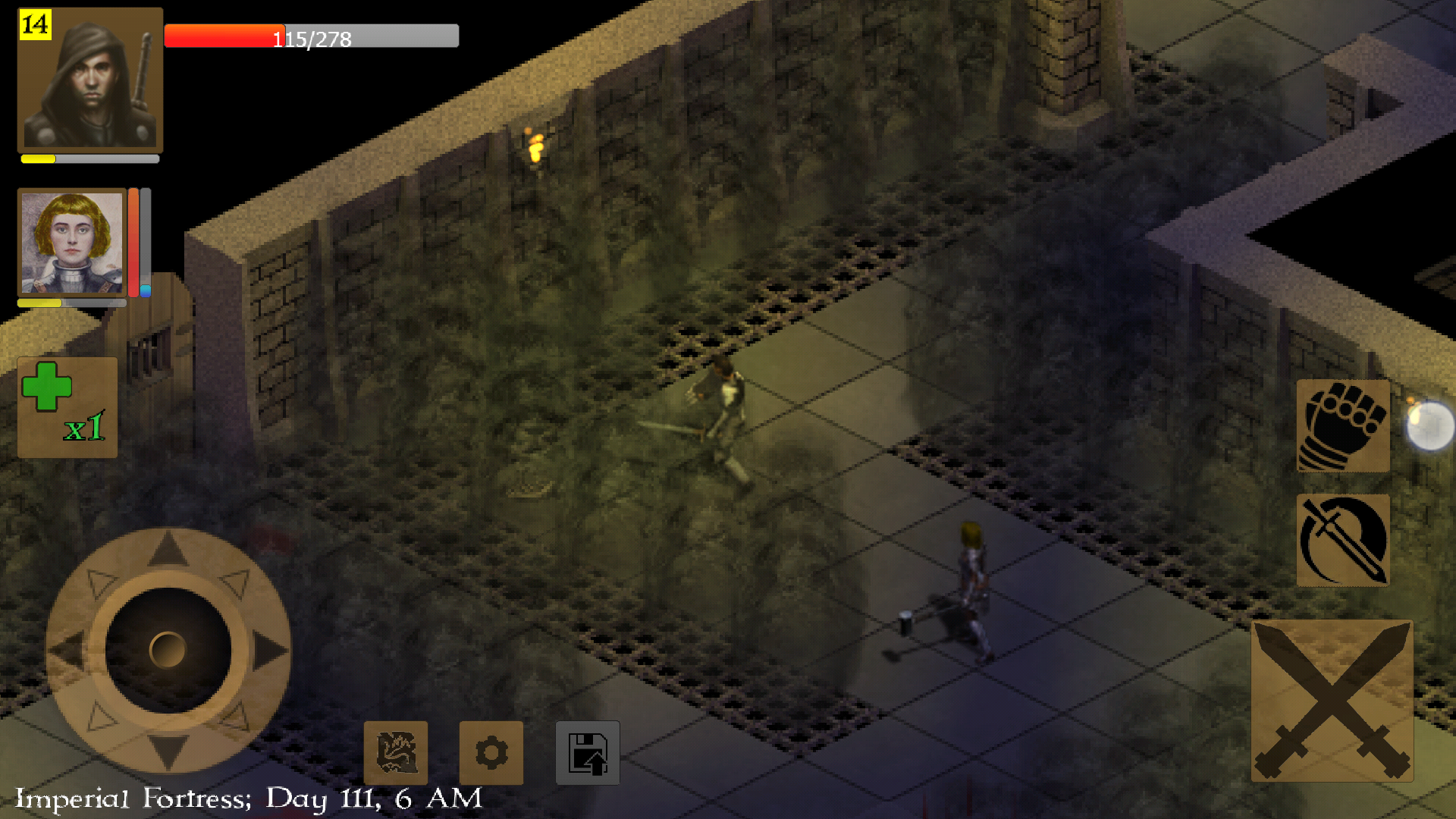 Another invisible wall, it extends all the way south to the death mist, though I don't think it extends into it. 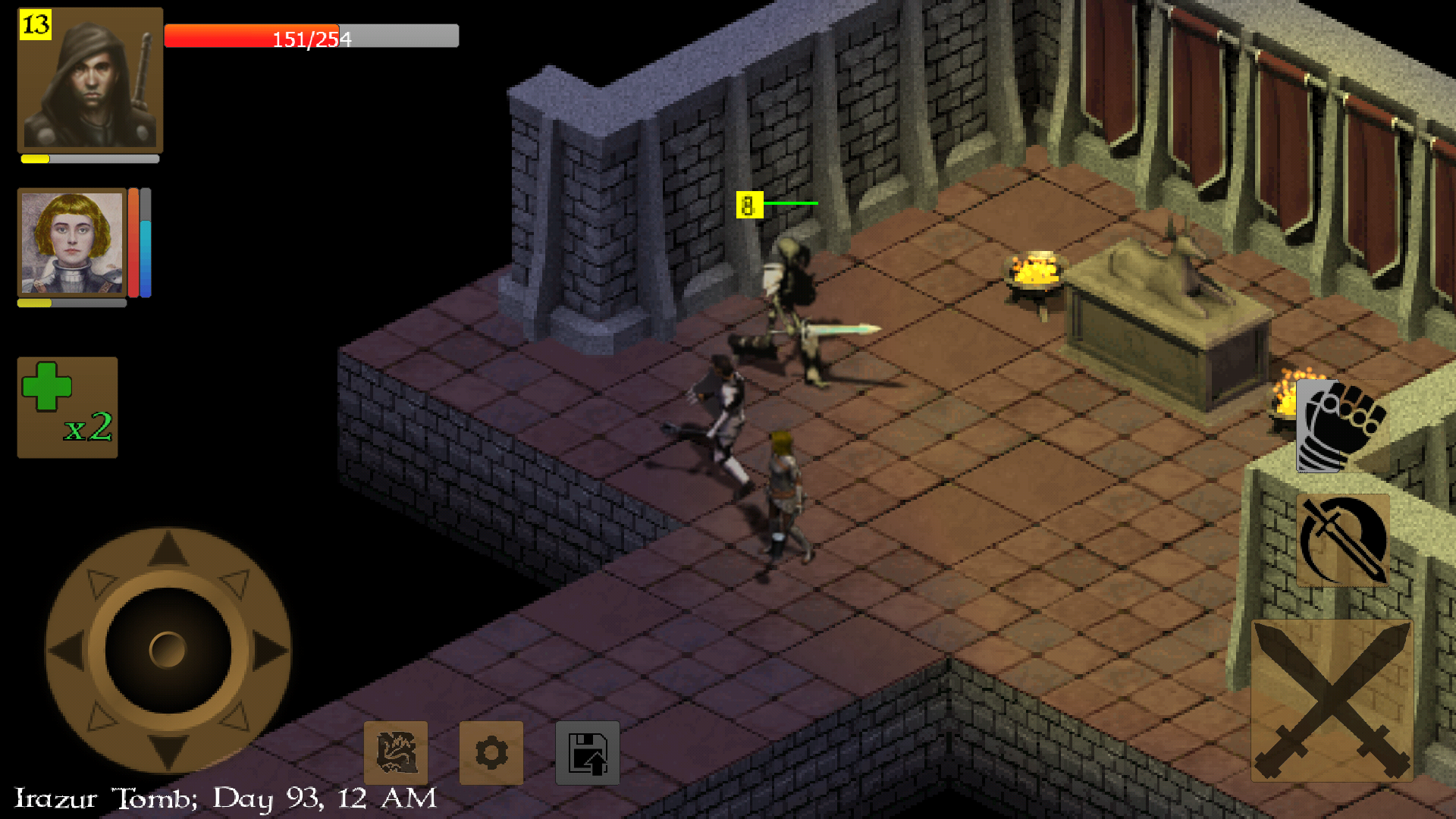 Skeleton got stuck that way, it kept walking back and forth until I moved a little bit. 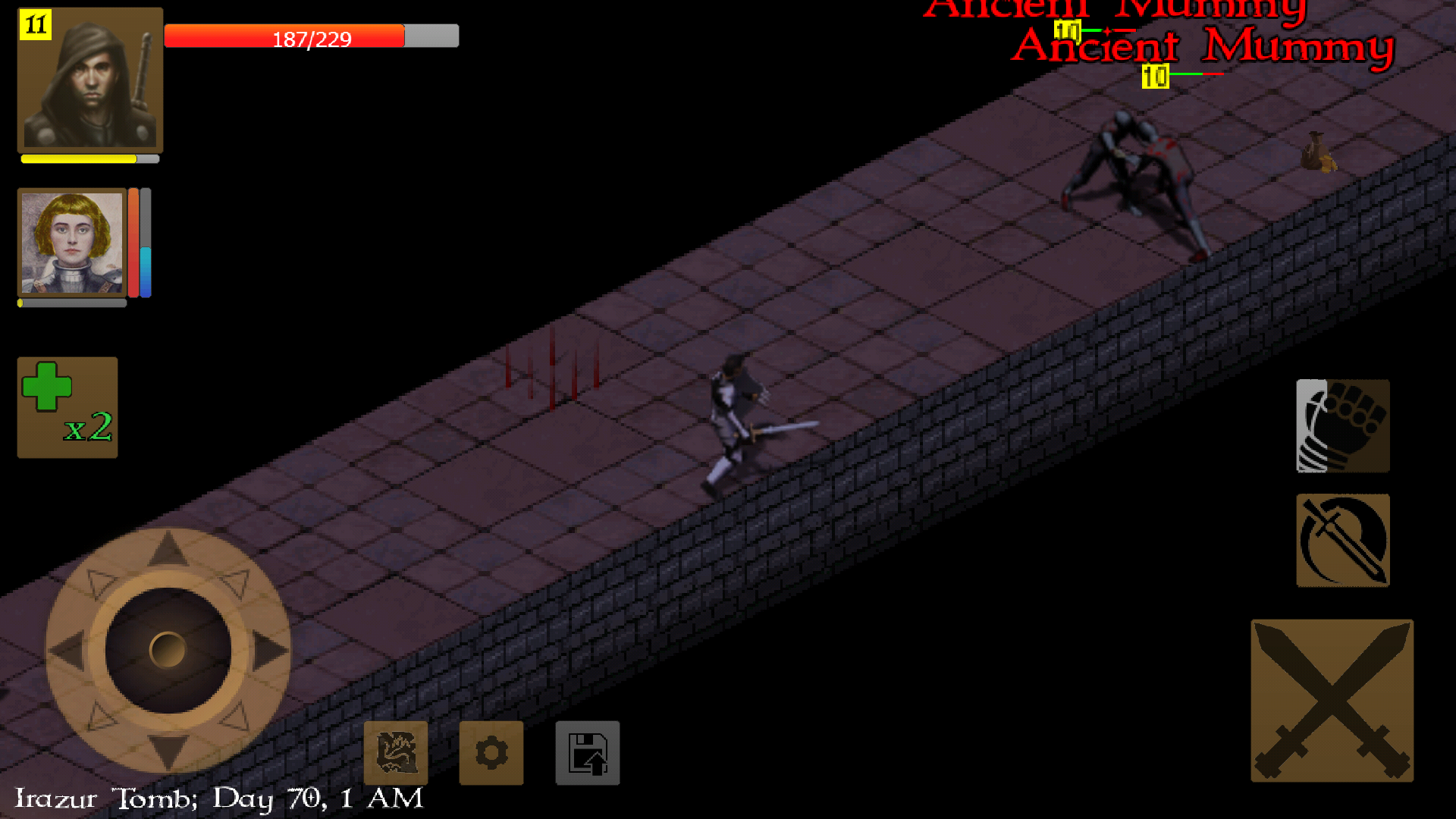 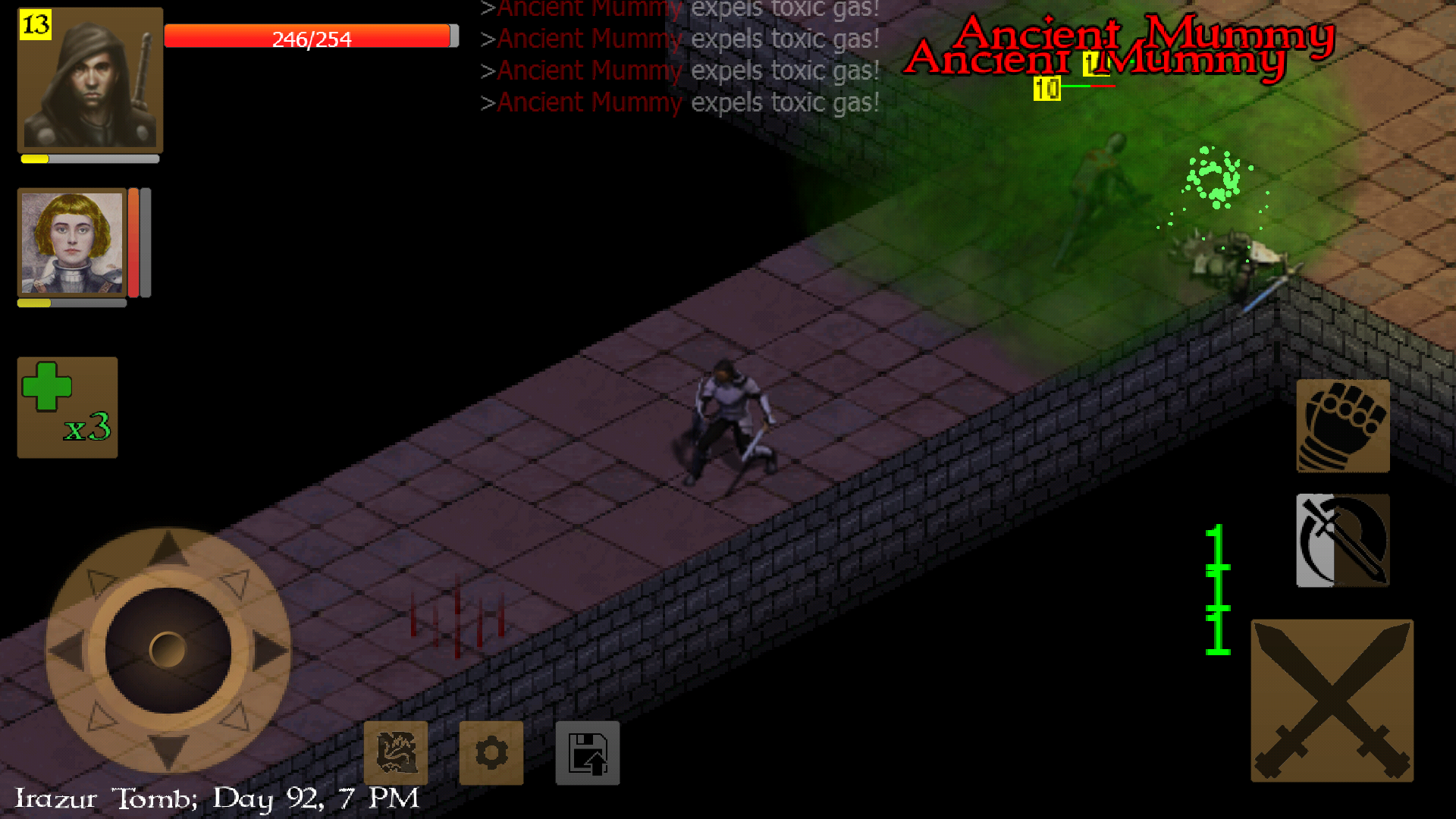 The ancient mummies sometimes just start attacking each other randomly, I don't think it has to do with if they're in eachothers toxic mists because I've seen them be in the others mist and still behave normally. Though other enemies that enter it like that skeleton will take damage and start attacking the mummies without actually being able to hurt them. Attacking them definetly breaks the mummy out and makes it start behaving normally again, though the other mummy will still keep going after the normal one. I think being close enough to them long enough also breaks it but not sure. 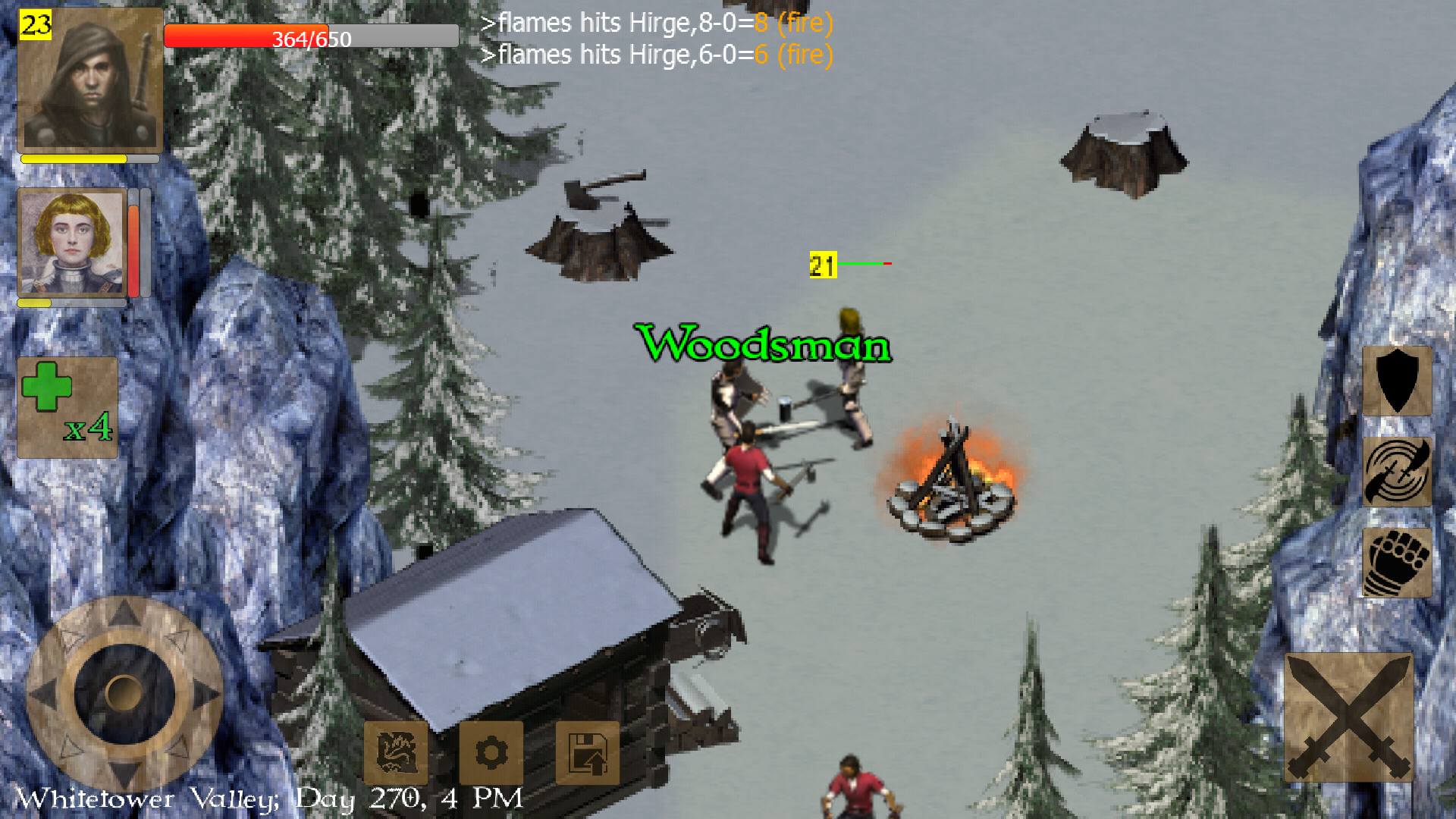 If you walk close enough past the fire it quite frequently hurts your companion (atleast Hirge, not sure if it's the same for the other two).

EDIT: I also had a case where I went into the Mercian Royal Crypt and when I got to the secret room with the lever it was already stuck to the open position, and I couldn't move it, the bars were still blocking the way out aswell. Pretty sure it has to do with the fact that I left the place after using the lever and then entered it soon after without reloading a save or waiting 12 hours.

Thanks, noted. Some of those are not easy to fix though...
T

Mummy fights have always been part of their behavior and may always be.
Im curious about what causes the behavior. Is their agression set so high that they turn on eachother? Do they have a taste for cannibalism? Do they have trouble differentiating friend and foe?
You must log in or register to reply here.
Share:
Facebook Twitter Reddit Pinterest Tumblr WhatsApp Email Link